You are here: Home / All stories / Read all about reading ephemera

The Ephemera Society may be holding an exhibition during Rare Book Week about the ephemera of reading. What might that be in the exhibition? We like ‘envelope pushing’ definitions.

So the ephemera of reading might include bookmarks, library cards and bags, bookplates, booksellers’ stickers, letterhead, advertising and paperbags.

It might also include ephemera showing adults, children and other living creatures reading.

For members who have received the newsletter here are some highlights from the booksellers’ labels that we believe would fit into the exhibition. 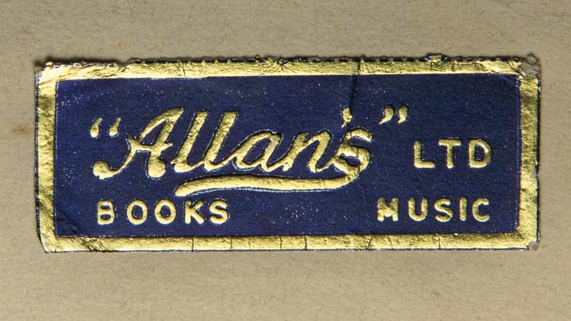 The labels reproduced come from well known, to Melburnians in particular, booksellers like Allan’s, Dymock’s Hall’s, McGill’s and A. H. Spencer Pty Ltd.

There are also bookseller labels from other booksellers such as the Austral book shop, Swain’s of Sydney and Winifred Young of Camberwell, Victoria.

Some research into Austral book shop revealed the following:

Austrovert was a short lived irregular magazine promoting Australian literature but not in the style of academia and literati.

NINETEEN EIGHTY-FOUR. George Orwell’s last great novel. A biting, witty satire on the shape of things that could come, . . . . 3/3

THE CASE OF THE ABOMINABLE SNOWMAN. Nicholas Blake. “The finding of the body Is a masterly scene of the macabre” (“Times” Lit. Supplement) .. 3/3

Shop in Collins Street, City, on the advice of the Crown Solicitor, Mr T. Mornane. Mr Rylah said the police had not been directed by the Government or by the Chief Secretary’s Department.

Mr Flesch said he would seek legal opinion as to his position.

The Deputy Chief of the CIB, Chief Det.-Insp, J. Matthews, said tonight he could not comment on whether police would seize copies of the book from other shops.

The labels come from books in Mick S’s salesroom and we plucked at shelves looking for labels in the inside covers of hardbacks. Our strategies were different. Mick associated the labels with books of the 1920s and 30s. The writer opted for 40s and 50s.

No publication date in book 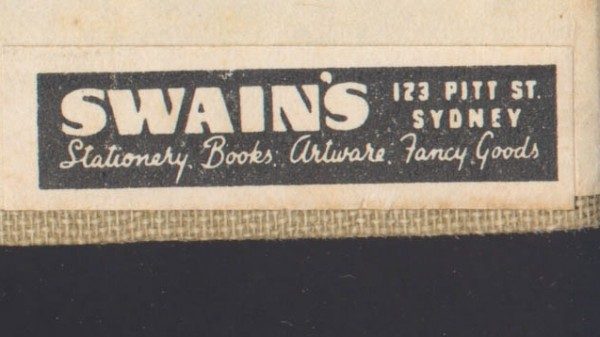 PLEASE SEARCH YOUR COLLECTIONS FOR EXHIBITS

We would like to showcase material from as many collections as possible, and show interesting and unexpected readers and reading places.

Please photograph, photocopy or scan possible exhibits to mmbede ‘THEN USE FIGURES FOR EIGHT TEN’ ‘AT’ gmail.com or A. Bede, 6 Duke Street Richmond 3121.

Looking for assistance? Contact the ESA with your research and collection inquiries. Our membership base consists of highly knowledgable experts and enthusiasts.     … END_OF_DOCUMENT_TOKEN_TO_BE_REPLACED

Applications for stalls open on 1 August 2022. OUR NEXT FAIR IS ON SUNDAY 18 SEPTEMBER 2022 The fair is usually held at the Parkview Room, 340 Camberwell Road Camberwell Victoria. It is part of … END_OF_DOCUMENT_TOKEN_TO_BE_REPLACED

Benefits of membership - two journals and four newsletters each year; early bird access to the fair; member rates at ESA events and the joy of being part of a society of like minded collectors. When … END_OF_DOCUMENT_TOKEN_TO_BE_REPLACED