Dorothy Simpson is a Welsh born detective fiction writer; born in 1933, she wrote from 1975 to 2000. Perhaps not a great writer, but her books are engaging and consciously set in the events of the current day. Her 1985 novel, Last seen alive won the Crime Writers’ Association, Silver Dagger.

Last seen alive takes up contemporary side stories about: Princess Diana; glue sniffing; and the rights of adopted children and the parents who gave them up. From the collector’s point of view the novel is of interest as Simpson describes three collectors amongst the book’s characters. Does this mean that this was a time when popular collecting was being recognised as a social phenomenon?

Bridget Thanet, child of the main protagonist, DI Thanet – Ever since that fairy-tale vision had floated up the aisle of St Paul’s Cathedral, capturing the hearts and imagination of millions, Bridget had taken an avid interest in anything and everything to do with Princess Diana. Her bedroom was crammed with posters, books, commemoration china and bulging scrapbooks…. 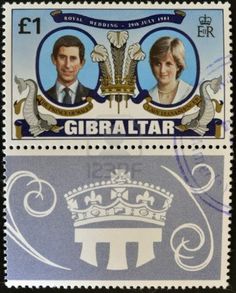 Thanet and his off-sider investigate some odd behaviour of the novel’s victim – she disappeared at short notice for hours and sometimes overnight from her business. When she returned she was sometimes elated and sometimes gloomy. The detectives wondered what secret business was going on.

Thanet laughed. “We’ll bear it in mind. Anyway, it certainly sounds as if she was preoccupied by some specific project.”
“Perhaps she decided to cultivate an interest to take her mind off her unhappiness.”
“Such as?”
Lineham shrugged. “Collecting something?”
“There is no sign of any collection in her flat.”
“But if she was only getting started…She could have been going to auctions sales, which would explain why the absences were irregular and for varying lengths of time….”
“And the mysterious folder?”
“Auction catalogues, lists of dealers, antique shops, adverts cut out of papers…”

At the other extreme, Thanet and Lineham visit an elderly Latin teacher who had devoted his retirement to scholarly pursuits.

….Thanet and Lineham could not prevent themselves from exchanging a look of pure amazement. At first glance it seemed that the house was constructed of books rather than bricks and mortar, wood and plasterboard. Every available wall surface was stacked with books, right up to the ceiling. They even marched up the stairs, piled shoulder high on every riser, up and up into the dimness of the landing above.
“We’d better go into the kitchen.”
They passed two open doors on the way and in both rooms books prevailed, to the degree that seemed to be little floor space left, just a narrow corridor between encroaching walls of volumes, leading to a single armchair with a standard lamp beside it. How on earth, Thanet wondered, did Hollister ever manage to get a book in one of the stacks at the back? For that matter, how could he hope to have even a vague idea of where he had put the one he wanted, let alone find it?

Looking for assistance? Contact the ESA with your research and collection inquiries. Our membership base consists of highly knowledgable experts and enthusiasts.     … END_OF_DOCUMENT_TOKEN_TO_BE_REPLACED

Applications for stalls OUR NEXT FAIR IS ON SUNDAY 22 September 2020 HAS BEEN CANCELLED DUE TO COVID 19.  We will book fairs for next year shortly. The fair is usually held at the Parkview Room, … END_OF_DOCUMENT_TOKEN_TO_BE_REPLACED

Benefits of membership - 2 journals and 2 newsletters each year; early bird access to the fair; member rates at ESA events and the joy of being part of a society of like minded collectors. When you … END_OF_DOCUMENT_TOKEN_TO_BE_REPLACED