You are here: Home / All Posts / Ephemera News

A Collectable about Collecting

The ESA has always produced its own well designed ephemera. And in this regard has benefited from the efforts of eminent Melbourne designers (including Mimmo Cozzolino, Phil Ellett, Natasha Dumais, Andrew Budge, et al.) and design students from Swinburne University.

A collectable in its own right, Ephemera News was created in a myriad of formats and styles including folded as a napkin, with an individually applied wine stain, printed on a paper bag and in the shape of a 45 record.  It featured an eclectic mix of research articles and information.

Ephemera News was superseded by the Ephemera Journal of Australia which was launched in May 2015.

Yes you can. The issues vary greatly in style and content. We are currently collating our excess copies and will be offering them up for sale to newer society members. 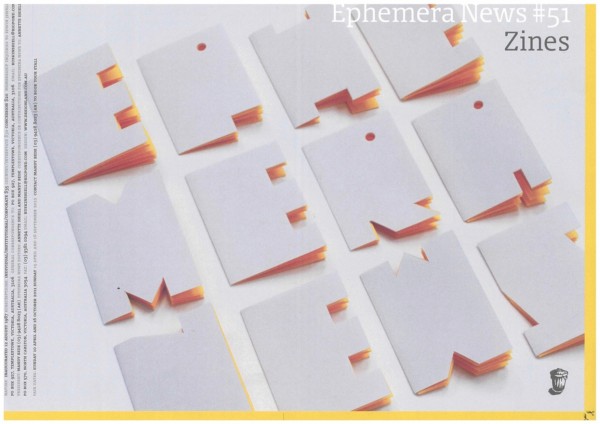 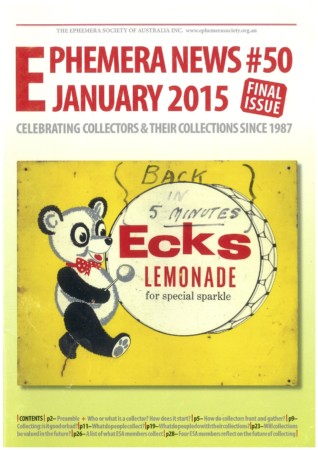 Looking for assistance? Contact the ESA with your research and collection inquiries. Our membership base consists of highly knowledgable experts and enthusiasts.     … END_OF_DOCUMENT_TOKEN_TO_BE_REPLACED

Applications for stalls OUR NEXT FAIR IS ON SUNDAY 30 May 2021. The next fair will be on 26 September 2021. The fair is usually held at the Parkview Room, 340 Camberwell Road Camberwell Victoria. … END_OF_DOCUMENT_TOKEN_TO_BE_REPLACED

Benefits of membership - 2 journals and 2 newsletters each year; early bird access to the fair; member rates at ESA events and the joy of being part of a society of like minded collectors. When you … END_OF_DOCUMENT_TOKEN_TO_BE_REPLACED